God speaks my language in the 21st Century

ABOVE PHOTO BY MARC EWELL

What language does God speak to a multilingual person?

In the world of Wycliffe we have used the term ‘language of the heart’ to describe someone’s mother tongue, the language they learnt in their homes and community of birth.

We translate the Word of God into the heart language of the people because it communicates the Scriptures in a deep and clear way. For many communities, a single ‘heart language’ is the norm just as English is for many of us (even if multiple languages are used). However, people displacement, migration and the drift to urban centres mean that people are needing to learn and engage with multiple languages in complex environments. In such situations, the language of the heart metaphor is more ambiguous.

So what does it mean for a multilingual person to say ‘God speaks my language’?

For many, it may mean God speaks clearly and powerfully in the appropriate language for the right context. This may be in more than one language, and may change depending on whether the Holy Spirit is communicating through a written, oral, or artistic form.

For those living in urban areas away from their language community, their reading choice may be influenced by their desire to connect closely with their church community which uses the national language. This does not mean they cannot or do not read from their mother-tongue translation, only that when God speaks to them through the written text, it is more often from the national language used by the church, with the mother-tongue translation as an insightful commentary.

However, when it comes to listening to the Scriptures, for the same multilingual urban dweller, it is often the local language that impacts the most. It has an intimacy and the ring of the familiar flow of thought not replicated by the national language.

For Wycliffe, the reality of multilingualism does not lessen the importance of translation into the mother tongue but it does invite us to listen to the communities we partner with and understand how language is being used by the old, young, villagers, urban dwellers, educated, uneducated. It is about recognising that when God speaks to the heart it may be in more than one language. 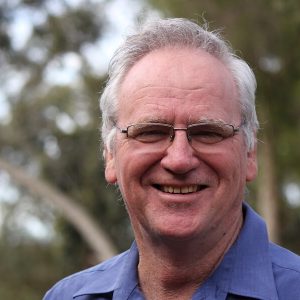